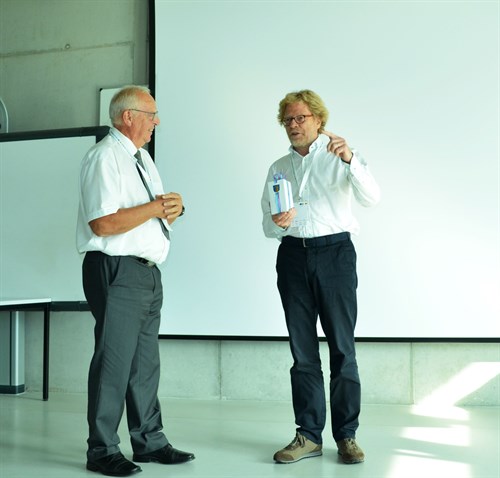 The new chairman Steen Bach Nielsen underlined, that the future Fehmarnbelt Fixed Link is a top priority for Region Zealand:

“Therefore one of Region Zealand’s main focus is to spread and increase insight into the major growth potentials of the fixed link – within the areas of infrastructure, new business-opportunities i.e within the health sector and creative industries, cross border cooporation between companies and organsiations. Our aim is to support more sustainable growth, jobcreating and transportation in the region between the two metropolises Hamburg, Copenhagen/Malmö. As such we will continue the good work, as our swedish colleagues from Region Skåne have achieved, Steen Bach Nielsen states.

“Region Skåne held the chairmanship of STRING during the year under review. Although it began with a further disappointing delay to the Fixed Link across the Fehmarnbelt, we succeeded in maintaining our political focus, Thomas Hansson summarized.

“Some of the major milestones in Region Skånes chairmanship have been the start of the GREAT (Green regions with Alternative fuels for Transport) project, which was launched at a kick-off conference in January. GREAT is an important cross-border public-private initiative to promote alternative fuels in the 1,000 km corridor from Hamburg to Oslo and Stockholm, he said.

“At the political Forum in Stockholm in April, STRING politicians took part in a two-day event on cross-border infrastructure. The event, which was attended by business representatives, public officials and politicians, culminated in a high-level conference on Connectivity in Scandinavian and Northern European infrastructure, Thomas Hansson emphasized.

The Skåne-chairmanship came to an end at the ongoing Fehmarnbelt Days (20 – 22 September) in Hamburg. The Fehmarnbelt Days is another major cross-border event that illustrates the diversity in region building. With around 30 different events and conferences and the participation of more than 700 key stakeholders from three countries and the EU.