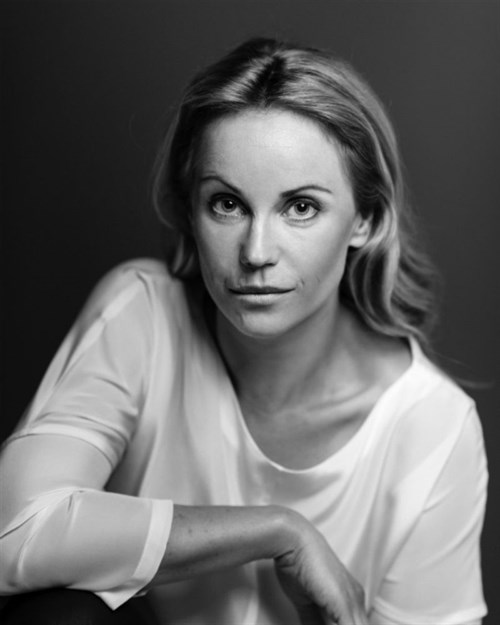 Saga Norén from “The Bridge” to participate in Fehmarnbelt Days

Sofia Helin who plays the lead role as Saga Norén in the successful TV series “The Bridge” has helped put the Øresund Bridge on the map. She will share her personal experience of working across borders at the Fehmarnbelt Days 2018 May 28-29 in Malmö.

Top representatives from politics, industry and research from Sweden, Denmark, Germany and Norway will exchange ideas and share knowledge on how new infrastructurecan help create cross-border relations and a cross-border European region, as it is already seen with the Øresund Bridge between Denmark and Sweden.

The same idea underlines the workon with the forthcoming 18 km long Fehmarnbelt Tunnel between Denmark and Germany.

One of the names that standsout in the program, is actor Sofia Helin who is especially known for her role as Saga Norén in the crime series”The Bridge”. “The Bridge”is a Danish-Swedish co-production where the Øresund Bridge and cross-border cooperation and culture play an important role.

“The Bridge” is a symbol of the transnational, of fascination of infrastructure, “to build bridges” – and working together. And the series is a great hit in both Denmark, Sweden and Germany. The show is an example of something special that occurs when two different cultures meet – both behind and in front of the camera. Something special is clearly emerging: We are seeing aboost of media co-productions between the three countries.

At the Fehmarnbelt Days, Sofia Helin will talk about her own experiences with cross-border work. Both with the Fehmarn Tunnel between Germany and Denmark and across the Øresund Bridge between Denmark and Sweden, there are new artistic opportunities – and challenges.

“When I first drove across the Øresund Bridge, I thought it was very impressive. Now I have crossed it so many times that the relationship has changed: You become friends with it. I think that many will have the same experience when the Fehmarn Tunnel is built. It’s amazing how a bridge,or a tunnel for that matter, can connect two people together and build a community”.

For Sofia Helin, the work as an actor on “The Bridge” meant an encounter with a different working culture. She will talk about some of the wonderful experiences, but also the misunderstandings and cultural clashes that came with working across the Øresund.

The subject is therefore,in the broadest sense,”region building” – “building relationships between people from different countries”.

After Lübeck, Copenhagen and Hamburg, Fehmarnbelt Days is now taking place for the fourth time, this time in Malmö.

The Fehmarnbelt Days 2018 bring together associations, business, politicians, researchersand cultural life from Germany and most of the Nordic countries and the EU to a two-day conference on the development of the whole Fehmarnbelt region and the importance of the forthcoming Fehmarn Tunnel.

It is expected that more than 600 participants from Denmark, Germany, Sweden andNorway will make their way to Malmö on 28 and 29 May 2018.

Topics to bediscussed at the conference are, for example:

Facts about the Fehmarnbelt Connection