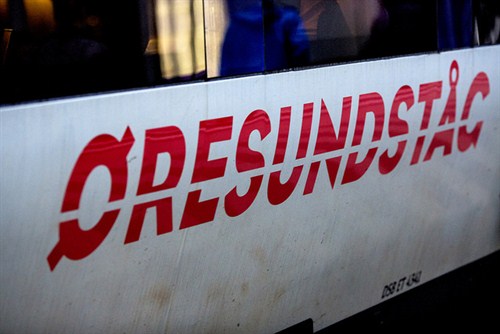 New ID check to begin from December 21st. Travel time by train between Copenhagen and Malmö to be delayed from 35 to 75 minutes and will highly affect daily 31,100 train travellers, especially 8,600 commuters.

With a makeshift ID checkpoint at Copenhagen Airport Station, daily commuters with the Öresund Train are looking at a bleak start to the Christmas holidays. At midnight between the 21st and 22nd of December, trains, ferries and all road transportations are to be stopped and checked for travellers without valid ID.

This is the proposition of a majority in the Swedish Parliament, a proposition made after months of heavy influx of asylum seekers, numbers counting 80,000 in recent months. An interim border check is already installed at Hyllie Station just outside of Malmø – a provisional initiative that started November 12th to operate until December 11th. The proposition also contained a controversial suggestion: The possibility to close the Øresund Bridge  for up to a month, should the flow of asylum seekers justify the need to close the bridge. This suggestion was withdrawed yesterday (8th December) due to heavy criticism from the Sweish Parliament’s Council on Legislation, amongst others.

Double travelling time
According to numbers from Øresundsinstituttet and Skånetrafikken the new control procedure will increase travelling time from Copenhagen to Malmö by 40 minutes from the current 35 minutes to 75 minutes with a staggering 90 minutes as a worst scene scenario.

Øresundsinstituttet has tallied the numbers and state that this means a total of 10,400 hours each day for all travellers which converts to a socio-economic value figure of 1.3 million Danish Kroner DKR per day of travel.

Reactions from Skåne and Capital Region of Denmark
Region Skåne has sent a statement where their Regional Development Committee states their concern of the consequences of a border control on Skånes growth and business and commerce.

Also the Chamber of Commerce and Industry of Southern Sweden, Sweden largest Chamber of commerce, sent a letter to the Swedish Parliament on December 4th warning that the short-sighted solution will mean great loss of commerce and means a concrete threat towards the many poeple working in the Øresund region.

Chairwoman of the Capital Region of Denmark and member of STRING Political Forum, Sophie Hæstorp Andersen recently stated that she recognises that we are in the middle of a historical refugee crises in Europe. But at the same time, the new control and ID check between Denmark and Sweden will be counterproductive to all the efforts made to remove barriers and administration towards an integrated labour market across the Öresund region.

UPDATE 10.12.2015:
The Swedish Parliament has decided to wait until January 4th 2016 to implement ID checks so that the transport contractors have time to prepare the new task.