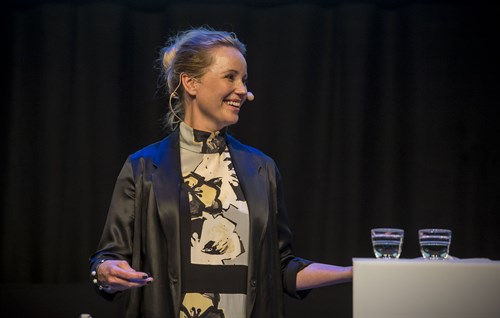 The best from the Fehmarnbelt Days

At the Fehmarnbelt Days in Malmö there was show of support for the Fehmarnbelt Tunnel by Three National Governments, an actor with a special relationship to fixed links and wishes for better mobility, not only for business. We have gathered some of the best moments from Malmö.

Full and unconditional support for Fehmarn from three national governments

If there was any doubt left whether the Fehmarn Connection would happen, and whether the Germans really want it, now no one should have any doubt at all. The organizers had ensured that five ambassadors from and in Sweden, Denmark and Germany could guarantee their unreserved support for the Fehmarn project from the beginning of the conference’s first hours.

Later, three ministers appeared and said the same thing: The Danish Minister of Transport, Ole Birk Olesen, was thus flanked by his Swedish colleague Tomas Eneroth and Bernd Buchholz, Minister of Economy, Transport, Employment, Innovation and Tourism in Schleswig-Holstein, all harvesting much applause at the message that they all see opportunities in Fehmarn Tunnel.

Asked if he lacked support from his German and Swedish colleagues, in connection with the financing of the tunnel, Ole Birk Olesen’s  answer was no. And that the Danish government does not see any problems in this kind of investment:

“We know it’s a good investment. In fact, the connection will in the long term become a real cash cow for the Danish government (and thus the Danish taxpayers, Ed.).

“With the fixed link, we are creating a whole new area of​​integration – it’s a very exciting development,” he said.

The chairman of the Regional Council of Region Zealand Heino Knudsen, who is also chairman of the Greater Copenhagen and Skåne Committee, opened the Fehmarnbelt Business Council’s event on the role of business in creating development in the Fehmarn region.

“An example: The Swedish bread company Pågen can reach 30 million consumers in Europe after the Fehmarn Connection has been opened. That means a lot to a producer of fresh bread and, from my point of view, to a lot of other businesses in the region”, he said.

“If I were King of Fehmarn, I would make the region the leader in the world in green technologies and sell them to the whole world”.

What does the TV series The Bridge have to do with the Fehmarn Tunnel? Swedish actor Sofia Helin who plays the lead role as Saga Norén in the series tried to answer that question.

She was invited to speak at the Fehmarnbelt Days because of her special relationship with the Øresund Bridge. An almost human relationship, she explained, having spent as much time as she did during the filming of the the series.

Helin explained what a construction of concrete and steel can do for the understanding from both sides of the bridge and the cultural and social integration that the Øresund Bridge has brought between Danes and Swedes.

– Because of the Øresund Bridge, people from the southern part of Sweden feel more like a part of Europe. I believe in building relationships, so of course I believe in the Fehmarn project, she said.